Strategically positioned for a Mission:

(Matthew 16:18-19 AMP)
And I tell you, you are Peter [Greek, Petros –a large piece of rock], and on this rock [Greek, petra –a huge rock like Gibraltar] I will build My church, and the gates of Hades (the powers of the infernal region) shall not overpower it [or be strong to its detriment or hold out against it]. I will give you the keys of the kingdom of heaven; and whatever you bind (declare to be improper and unlawful) on earth must be what is already bound in heaven; and whatever you loose (declare lawful) on earth must be what is already loosed in heaven.
THE MISSION:
To Establish Embassies, and Ancient Faith Cathedrals for The Church Universal – “Church Without Walls”, utilizing all of the resources and influence at our disposal.
THE VISION:
To MANIFEST THE PROMISES OF GOD and THE VISION of The Holy Apostles and our Apostolic Fathers, to build THE CHURCH of MEGA RELEVANCE, according to the Ancient Faith  prophetic plan, and “Powerfully Predestined” vision given to, and shared with us, by our Apostolic Fathers’, to POSSESS for The Lord, and build GLOBAL MEGA CHURCH CITIES. 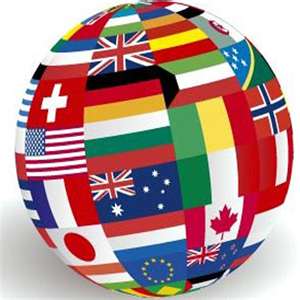 Nehemiah 2:1-20 (AMP)
1 IN THE month of Nisan in the twentieth year of King Artaxerxes, when wine was before him, I took up the wine and gave it to the king. Now I had not been sad before in his presence.
2 So the king said to me, Why do you look sad, since you are not sick? This is nothing but sorrow of heart. Then I was very much afraid
3 And said to the king, Let the king live forever! Why should I not be sad faced when the city, the place of my fathers’ sepulchers, lies waste, and its [fortified] gates are consumed by fire?
4 The king said to me, For what do you ask? So I prayed to the God of heaven.
5 And I said to [him], If it pleases the king and if your servant has found favor in your sight, I ask that you will send me to Judah, to the city of my fathers’ sepulchers, that I may rebuild it.
6 The king, beside whom the queen was sitting, asked me, How long will your journey take, and when will you return? So it pleased [him] to send me; and I set him a time.
7 Also I said to the king, If it pleases the king, let letters be given me for the governors beyond the [Euphrates] River, that they may let me pass through to Judah,
8 And a letter to Asaph, keeper of the king’s forest or park, that he may give me timber to make beams for the gates of the fortress of the temple and for the city wall and for the house that I shall occupy. And the king granted what I asked, for the good hand of my God was upon me.
9 Then I came to the governors beyond the River and gave them the king’s letters. Now the king had sent captains of the army and horsemen with me.
10 When Sanballat the Horonite and Tobiah the servant, the Ammonite, heard this, it distressed them exceedingly that a man had come to inquire for and require the good and prosperity of the Israelites.
11 So I came to Jerusalem and had been there three days.

12 Then I arose in the night, I and a few men with me. And I told no one what my God had put in my heart to do for Jerusalem. No beast was with me except the one I rode.
13 I went out by night by the Valley Gate toward the Dragon’s Well and to the Dung Gate and inspected the walls of Jerusalem, which were broken down, and its gates, which had been destroyed by fire.
14 I passed over to the Fountain Gate and to the King’s Pool, but there was no place for the beast that was under me to pass.
15 So [gradually] I went up by the brook [Kidron] in the night and inspected the wall; then I turned back and entered [the city] by the Valley Gate, and so returned.
16 And the magistrates knew not where I went or what I did; nor had I yet told the Jews, the priests, the nobles, the officials, or the rest who did the work.
17 Then I said to them, You see the bad situation we are in—how Jerusalem lies in ruins, and its gates are burned with fire. Come, let us build up the wall of Jerusalem, that we may no longer be a disgrace.
18 Then I told them of the hand of my God which was upon me for good, and also the words that the king had spoken to me. And they said, Let us rise up and build! So they strengthened their hands for the good work.
19 But when Sanballat the Horonite and Tobiah the servant, the Ammonite, and Geshem the Arab heard of it, they laughed us to scorn and despised us and said, What is this thing you are doing? Will you rebel against the king?
20 I answered them, The God of heaven will prosper us; therefore we His servants will arise and build, but you have no portion or right or memorial in Jerusalem.